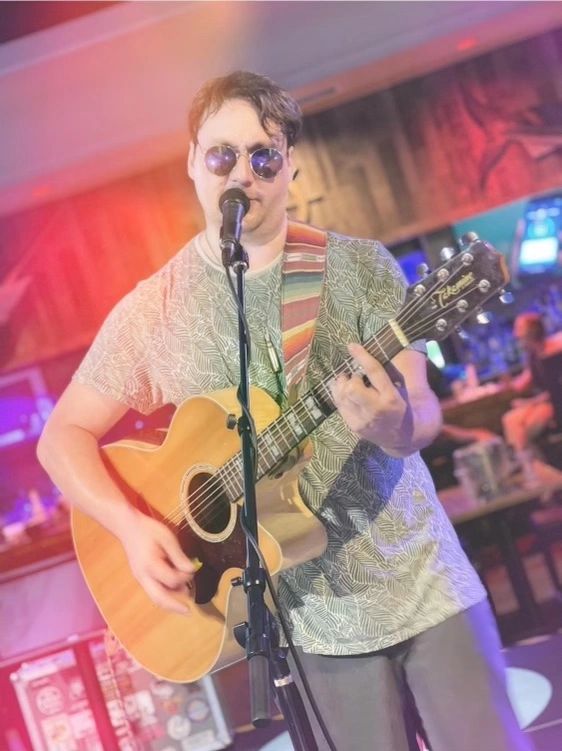 Nate Sacks is a singer-songwriter and multi-instrumentalist born and raised in Norfolk, Virginia. He attended the Governor’s School for the Arts and continued his studies at Old Dominion University, earning a BA in Music with a focus on jazz and aesthetics in art and science. He worked in music summer camps from the age of 14 and has been teaching ever since. He has experience playing in many bands of varying genres, but his main project is the alternative band The LifeHacks. Nate was a finalist in the Sea Level Emerging Artist Contest 3 years in a row, winning in 2012. Since then he has been featured on radio and TV shows including 96x, Paul Shugrue’s Out of the Box, and the Hampton Roads Show. In 2016, Nate founded the Local Cheers concert series. He worked as an instructor and director at the School of Rock program for over 7 years.

He currently teaches Music Appreciation at The Hague School.

Opening for Dead Rising at this awesome pre-Thanksgiving event!

The Righteous Few Live @ The Nick

The Righteous Few Live @ The Nick

The Righteous Few play their first show in Nashville at Springwater!

Sign up to hear about upcoming shows, albums, and events.